The History of Canby Adult Center

The Canby Adult Center began as a Loaves and Fishes meals program operating part-time out of St. Patrick’s Church in 1973.  Funding came from Title III and Title VII funds, state and county funds, and church and private donations. By 1980, it became clear that a permanent senior services center was needed, so the City of Canby applied for, and received, Community Development Block Grant funds to build the facility still in use today. The Friends of the Canby Adult Center raised the additional funds needed to furnish, equip and staff the new building.

The current building sits on a larger Canby School District parcel of land that also includes the Canby Swim Center; that property is leased by the City of Canby.  The Canby Adult Center (CAC), in turn, rents the building from the City through an annual renewable lease; the City of Canby began charging CAC a nominal rent in 2010.  Beginning as a meals program serving homebound seniors, CAC gradually added in other services, including hot onsite meals, daily transportation to and from the Center, exercise classes, day trips, speakers series, a variety of wellness and recreational activities and individual consultations.

The Canby Adult Center is a private  501 (c) (3) nonprofit organization, formally incorporated as the Friends of Canby Adult Center, Inc., in 1987.  We are a small team of 15 individuals, which adopted the following Mission statement in June 2017:

“Creating a community that embraces the challenges and opportunities of older adulthood”.

Our values are not an expression of what we do, but the spirit in which we do them.  Please join us in making the Canby Adult Center a community, and a place, guided every day by the following core values:

The Canby Adult Center is governed by a nine-member, volunteer Board of Directors, elected for three year terms. Terms are staggered such that three members come up for re-election, or retirement, every three years. Board members may serve a maximum of two terms, or a total of six years. The Board of Directors is the governing and policy-making body of the Friends of Canby Adult Center, Inc.; The Board approves the budget, sets policy and hires and supervises the Executive Director. Board members act on behalf of the membership of the organization. 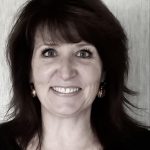 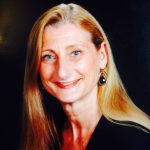 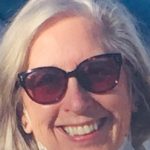 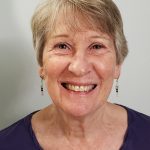 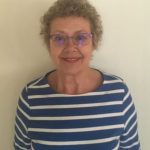 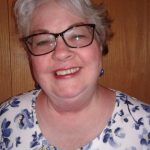 The Canby Adult Center benefits from a wide variety of support, both financial and in-kind.  Our annual income is composed primarily of the following:

Donation income comes through participant contributions for meals and other services, membership fees, and memorials and bequests. CAC holds several fundraisers every year, the most important of which is our Annual Appeal, launched every November. Government support primarily includes Older Americans Act, Medicaid and Ride Connection funding. Our food program benefits from large monthly in-kind donations from the Oregon Food Bank.

Finally, our investment income is generated mostly from a significant endowment, given to the Center by a grateful client, Alan Glasgow, in 2004. His $4.2 million gift has grown to almost $7 million in 2017, and is managed by Quest Investments, Inc. As per Center policy, up to 5% may be drawn upon annually to support operating expenses.  A larger portion is designated as “unrestricted”, available for use in the event of an unforeseen significant expense.

In addition to cash income, the Center receives in-kind donations from many local businesses and individuals – they are too numerous to note here, but their support is invaluable to the Center.

The Center is available for rent for private functions and events outside of normal operating hours. CAC is currently used regularly by two church groups, a Boy Scouts troop, a singing group and a local youth swimming club. Part or all of the building is frequently used for anniversary celebrations, birthday parties, memorials and large meetings. Catering and alcohol services are available, pending availability of appropriate staff. Kitchen use is NOT allowed unless a food services employee is present at the event. Please call the Center for more information on facility rental.

The Canby Adult Center is funded by:
• Donations from valued supporters
• Fundraising events
• Federal & County contracts
• Bequests
• Yearly membership
• Rental of the building
• Fees for services
• Interest from the endowment

Thanks to all of our supporters!